How Is Kona Coffee Grown? 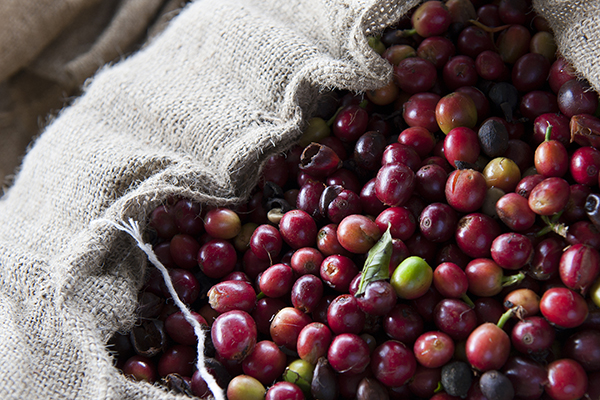 You’re probably wondering how Kona coffee is grown. The high hills of the Kona region of Hawaii receive 60 inches of rainfall annually, making it much rainier than coastal areas. This rainy climate protects the trees from excessive sunlight and cools the plants. As a result, the trees grow slower, producing cherries with more flavor. Here’s how it happens. Here are some of the factors that contribute to the unique characteristics of Kona coffee.

Hand-picking Kona coffee means that you are picking the beans yourself. The best Kona coffee is selected, while the cherries are red and plump. You don’t want to disturb unripe ones while picking these cherries, or the taste of the coffee will be unpleasant. This is why this process is essential for quality coffee production. However, there are some things to consider before embarking on this journey. Below are some tips to ensure you’re picking the best coffee.

First, make sure that the coffee you buy is 100% Kona. While some companies blend cheaper beans from other countries, Kona coffee must be 100 percent pure. This means that it’s a little more expensive than some other coffee beans. Also, when you buy Kona coffee, make sure to buy it in its whole bean form. Never purchase ground coffee, as it will lose its freshness over time. The same goes for Colombian or Ethiopian coffee.

The soil in the Kona growing region is rich in nutrients. Because it’s on a young island, the ground is relatively loose and quick to absorb moisture. The coffee grows best in the warm and humid conditions of the Hawaii climate. Hand-picking Kona coffee will allow you to taste the unique flavor of the coffee. You’ll be rewarded for your efforts when you can taste the difference in flavor. And you’ll be able to drink your coffee with the knowledge that you’ve picked it yourself.

Two primary methods for pruning Kona coffee trees are the Beaumont – Fukunaga style and the Traditional Kona Style. Each class takes a branch off every tree and chooses one shoot to replace it. The Beaumont – Fukunaga style is used by larger farms, while smaller Kona farms use the Traditional Kona Style. In both cases, the pruning process is done using a three-year rotation.

The traditional way of pruning Kona coffee trees has been passed down through generations of families living along the coast of Hawaii. It involves yearly observation of trees, trained farmers, and skilled labor. Most farmers are committed to sustainable farming practices and provide tours of their coffee fields. Some offer coffee tours six days a week with organic house treats. But what exactly is pruning Kona coffee? To better understand how to prune this type of tree, it’s helpful to learn about the process behind its production.

The Beaumont-Fukunaga method involves removing the lower third of the tree’s height. Then, each tree is trimmed to a size of approximately six feet. As with any other type of tree, sunlight is essential for its health. Pruning the tree in this way allows for developing solid and healthy verticals. As a bonus, it saves farmers time. So, it pays to learn more about the different methods available when it comes to pruning Kona coffee.

The Traditional Kona Style method has been handed down through families in Hawaii. It is a laborious and honest process, requiring the careful observation of all trees. This process is inappropriate for novices and requires a highly skilled farmer and laborer. However, it is the only way to ensure the quality of Kona coffee. And the result is a cup full of the goodness of coffee and deserves to be enjoyed by everyone.

An oversized island like Hawaii has a unique climate far north of the equator. Low-altitude coffee plants mature slowly because of the lack of sunlight. Farmers who live on the island would be too cold to venture up the slopes to plant coffee. But the slopes of the volcanoes, such as the slopes of Kona, are home to some of the world’s best coffee-growing regions. The soil in these volcanic areas is also very porous and rich in minerals. Hence, Kona coffee is naturally fertilized.

It is well-known that Kona coffee is produced on the slopes of two volcanoes in Hawaii. Although coffee from other sources such as Central America and East Africa has become popular, this Hawaiian coffee remains the most expensive. The region has a large number of retailers that sell fake Kona coffee. These include Amazon, Safeway, and Walmart. Other Kona coffee roasters are Maui Coffee Co. in Hawaii and Magnum Coffee Roastery in Michigan.

Kona coffee is known for its distinctive, intense aroma and flavor. It is grown in a particular region of Hawaii, the Kona District, on the Big Island. It is still picked by hand, and the farms that produce it take great pride in the quality of its product. The high elevation, constant cloud cover, and rich volcanic soil make it the perfect location for growing a delicious cup of coffee. But the name “Kona” is not enough: coffee grown in the Kona region must come from a particular place. If it is marketed without a specific location, it is not considered Kona coffee and is likely a fake.

While the flavor of Kona coffee is unique and unmatched in the rest of the world, it is expensive. It is grown on the slopes of two volcanic cones on the island of Hawaii. The coffee is harvested manually since the cherries are not fully ripe. The process starts once the cherries begin to convert their sugars into starch. Kona coffee is grown on the slopes of these volcanoes, called the “Kona Belt.”

Farmers are grappling with the climate of Kona. The state of Hawaii has declared a climate emergency and is developing a plan to combat global warming. The state’s average annual temperature has risen by two degrees since 1950 but has remained relatively steady in recent years. However, temperatures have been rising at an unprecedented rate, with increased precipitation and droughts. Farmers, particularly those growing organically, are unsure whether to use Priaxor to combat rust.

The perfect climate for growing Kona coffee lies in the islands of Hawaii. This climate features a combination of sunlight and rain, with moderate afternoons. The soil is rich in minerals, which help the coffee tree flourish. Located on the slopes of the famous Mauna Loa volcano, the area is a relatively peaceful place to grow coffee. The soil is volcanic, so the coffee trees can tolerate the dryness while enjoying sunny afternoons and cool evenings.

Coffee was initially grown on plantations, but the 1899 crash forced plantation owners to lease the land to laborers. Most laborers were Japanese, working on leased parcels of five to twelve acres and producing large, high-quality crops. Today, Japanese-origin families have joined mainland American and Filipino farmers to cultivate Kona coffee. Despite this, Kona coffee is still one of the top exports from Hawaii.

The climate of Kona coffee is ideal for growing gourmet coffee. A moderate rainfall of sixty to eighty inches annually, slightly acidic volcanic soil, and warm afternoons make for a perfect environment. Coffee grows well and matures to between two and 15 pounds of roasted coffee per tree. In addition to the optimal growing climate, coffee seedlings require high humidity and protection from direct sunlight. The trees typically take three to four years to produce a significant crop.

There are many costs associated with growing Kona coffee. The coffee itself is expensive, as the plants require intensive labor from start to finish. Kona coffee farms cannot be mass-produced, so all the work is done by small family businesses. The coffee is grown in small parcels within a 30-mile-long zone and is considered a specialty crop. The coffee produced within this region makes up less than 1% of all the coffee grown worldwide.

To make money from Kona coffee, a farmer must first understand the cost of picking the cherries. The price for picking cherries is between 65 and 76 cents per pound. Labor costs are high in Hawaii, and low-wage workers are difficult to find. Additionally, the Kona Coffee Belt land is too steep and rocky to use machinery. Farmers must rely on hard human labor to pick and process coffee. They also have to deal with the unpredictable nature of the island’s annual rainfall patterns and pest damage.

There are several other costs involved with growing Kona coffee. Several factors make Kona coffee a luxury product. The most important is the lack of competition. The demand for Kona coffee far outstrips the supply. Ultimately, this means a higher price for the coffee. But, this also means more profits. With so few other options, growing Kona coffee is an excellent choice for those who want to enjoy a specialty coffee.

Unlike many other specialty crops, Kona coffee grows in a remote region on the slope of the volcano Mauna Loa in Hawaii. The coffee must be transported from this remote region to be sold in the United States. Because the nearest US state is California, shipping to Asia is a massive 5,000-mile journey. A few farmers in Hawaii are making enough money to cover their costs, but the coffee remains uncomplicated to many home buyers.

If you’re wondering what the best brand of Kona coffee is, you should read customer reviews to see which brands have the best taste and quality. These reviews come from…

You’re in luck if you’re looking for the best Kona coffee on Oahu. Here are some places to try: Waialua Estate Coffee and Chocolate, Kona Coffee Purveyors, Arvo Cafe, Morning…