What is a Kona Coffee Blend? 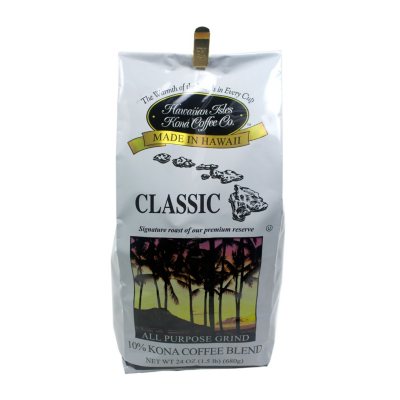 If you’re interested in learning more about Kona coffee or Peaberry Kona, this article is for you. In this article, you’ll learn the origin of this delicious brew and more about the different types of Kona coffee available. We’ll also discuss what makes Kona blends so popular and why they’re unique. Then, you’ll learn about the different types of Kona coffee, including Peaberry Kona, the most popular.

Kona coffee tastes depend on the brew method, roasting level, and freshness. It’s often described as fruity, floral, and even nutty. Kona coffee has a smooth, bright, lingering flavor when brewed the right way. The aroma resembles caramel with hints of butter, cocoa, or fruit. It can be not very pleasant, but it is delightful.

Roasting is an essential step in creating a high-quality Kona coffee blend. Coffee does not age well, so it will begin to lose flavor after several months. It can also develop a baggy taste from being stored in burlap bags. While stale coffee doesn’t taste bad, it doesn’t have life or aroma. Past-crop Kona coffee will only hurt its reputation. It’s best to stick to a medium roast.

The state has authorized a study to determine if Kona Blends hurt the farmers. However, the Kona Coffee Farmers Association sees this as a stalling tactic. They want to avoid Consumer Fraud and instead focus on the negative impact of Kona Blends on the Hawaiian islands’ economy. However, if this study is accurate, it should focus on the economic damage to the Kona coffee farmers and the degrading of the name of the Hawaiian island.

The name Kona is used to denote quality, but not all Hawaiian coffee is high quality. Some non-Kona coffees are pretty good in their own right. But don’t be fooled – they may even be better than your average coffee from Brazil! The Kona Belt of Hawaii is known for its superb micro-climate, and the farmers abide by strict standards to produce the highest quality coffee. So, it’s best to choose a brand that meets the criteria.

The taste of a Kona coffee blend can vary greatly, depending on the roasting method, the age of the beans, and the freshness. Kona coffee’s flavor includes caramel, milk chocolate, honey, and bright fruit flavor. Its clean, bright taste has a lingering aftertaste. Kona coffee also has an aroma that evokes hints of fruit and butter. Here are some tips for choosing the right blend.

Consider the percentage of certified Kona beans when looking for a coffee blend. The label of the coffee should indicate that it contains 10% Kona coffee, but it doesn’t necessarily list which other coffees were used to blend the blend. If the mixture has less than 10% Kona, it’s probably just a low-quality city roast, and there’s not much Kona in the coffee. Some companies may not even use 100% certified Kona beans.

If you’re a coffee drinker, look for a coffee with a low acidity rating. Coffee beans roasted with this type of coffee tend to be low-acid, weighing in at around four on the pH scale. Choosing a coffee that’s at least medium-roasted is best to get the best flavor from your cup. In addition to high-quality coffee, you’ll find that Kona coffee is relatively cheap, especially during the holiday season.

Peaberry is a rare coffee bean in less than 5% of the Kona crop. Instead of two flat split coffee beans, this fruit is a single round bean inside the coffee cherry. It carries the varietal flavor of Kona and is also rumored to have fertility and longevity. In addition, it’s highly aromatic. Peaberry is more costly than other Kona coffee beans, but it’s well worth the money.

Peaberry coffee is naturally sweeter and more concentrated than regular coffee beans. This coffee is processed using a traditional wet process that removes the bean’s skin before drying. Peaberries are smaller than other Kona beans and more aromatic and flavorful than standard coffee beans. Honolulu Coffee carefully harvests peaberries before roasting them. It’s one of the best ways to experience a unique Kona coffee blend.

While Peaberry doesn’t grow on coffee trees, it is still a delicious blend. It has a unique and delightful flavor and is a famous gourmet coffee. The only downside is its price – peaberry versions of Kona Coffee can cost anywhere from $5 to $10 more. If you’re looking for a premium coffee blend, consider purchasing Peaberry Kona. The extra price is well worth it for the delicious taste!

The Volcanica Coffee company sources beans from volcanoes in Hawaii. It’s a natural choice for the best Hawaiian coffees. Volcanica coffee is grown in volcanic soil at high elevations. Peaberry coffee beans are unique because they’re smaller and more flavorful than their counterparts. The peaberry is a mutation in the coffee plant. These beans are then roasted differently than the others.

A typical cup of coffee is measured by how much you enjoy it. Even if it’s good, a mediocre blend will leave an impression. You’re more likely to associate the name with a bad experience than a great coffee. And a modest cup of Kona coffee isn’t likely to convince you to seek out authentic 100% Kona coffee. Therefore, a 100% Kona coffee blend is essential only after a thorough taste test.

Traditionally, Kona coffee was grown on large plantations. In 1899, the global coffee market crashed, forcing plantation owners to lease land to workers. Initially, most Kona coffee farmers were Japanese. Despite being a native Hawaiian island, most Japanese settlers could find work on small leased parcels between five to 12 acres. They also produced large quality crops. Later, mainland Americans and Filipinos joined the Japanese. Despite this change, most Kona coffee farms today are smaller than five acres. The area planted in 1997 was 2,290 acres (927 ha), and the amount of green coffee grown was over two million pounds.

There are several factors to consider when selecting the quality of a Kona coffee blend. First, look at the origin of the beans. If they were grown on a small island, the source is likely Kona. Then, you should consider the size and shape of the beans, the moisture content, and any flaws. The highest quality Kona coffees are called Extra Fancy, while lower quality Konas are called Natural Prime.

The best coffee in Kona is a sweet, creamy, well-balanced blend with no bitterness. This coffee is grown on the island of Kona in near-perfect conditions, which allows it to have the superior flavor found in other types of coffee. It is ideal for use as a pour-over or French press. The taste is smooth and delicious whether served black or with milk. A family-run business, Koa is an excellent choice for Kona coffee.

Another essential factor to consider when choosing a Kona coffee blend is price. Premium Kona beans are costly compared to other coffees. Harvesting Kona coffee is labor-intensive, and you’ll want to pay extra for this luxury. The high elevations, mineral-rich soil, and labor-intensive cultivation make Kona coffee extremely expensive. Furthermore, a small number of farms on the island can meet the world’s demand.

If you’re wondering what makes a Kona coffee blend special, consider where it comes from. Nearly 90% of Kona coffee beans are treated with chemicals before being imported. Methyl bromide is used to treat these beans, a toxic pesticide that can harm the environment. It’s a good idea to avoid importing Kona coffee if possible. You can choose a higher-quality blend with the same high-quality standards.

The volcanic soil of the Kona region is ideal for coffee production. The area receives over 60 inches of rainfall annually, with mild temperatures. It’s sunny in the morning and clouds over in the afternoon. The Kona coffee trees grow up to 15 pounds of cherries each year, resulting in two pounds of roasted coffee. It takes several years to grow a Kona coffee tree, but the process is worth the wait.

In addition to being a good source of caffeine, Kona coffee is also rich in fiber, vitamins, and minerals. The highest quality Kona coffee beans have the highest concentration of antioxidants. These coffee beans are carefully selected to be as uniform as possible. A roaster can achieve the same high-grade coffee without compromising quality or freshness. The result is an excellent, rich coffee experience that will last for months.

Many factors make Kona coffee special, but let’s start with its geographic location. The small growing area, costly farming methods, and flavor are all reasons why it is so special.…

So, yoKonau’s heard all the hype about Kona Coffee, but why should you care? It’s expensive, rare, and smooth. Read on to learn more about this specialty coffee. What makes…