Where Is Kona Coffee Grown? 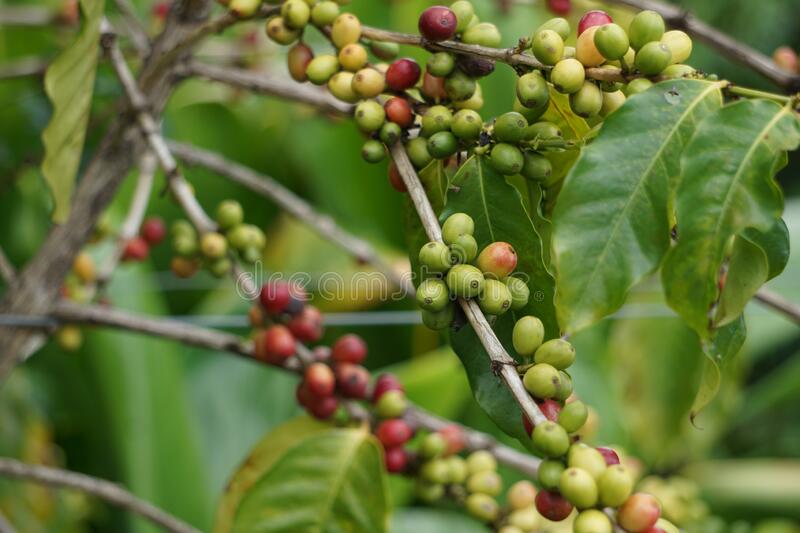 You’re not alone if you’ve ever wondered where Kona coffee is grown. The Hawaiian coffee is renowned for its exceptional flavor and aroma. This island coffee farms on the leeward side of Mauna Loa, meaning it’s higher in elevation than other varieties. It’s also hand-picked and roasted light, which is the secret to its smooth flavor and aroma. Read on for more information on Kona coffee and how it is grown.

Kona coffee is grown on the leeward side of Mauna Loa

Hawaii’s leeward side of the volcano has special conditions for growing coffee, forming a unique microclimate conducive to cultivating Arabica beans. Rainy afternoons and sunny mornings create a “coffee cloud” that shades the mountain slope, imparting a distinct flavor and aroma to the beans. Although many Kona coffee brands are sold in Hawaii, not all of them are 100% Kona. It is essential to read labels carefully, as the taste and aroma of 100% Kona coffee can be very different from a blend.

The leeward side of Mauna Loo provides ideal growing conditions for Kona coffee. It is grown on large plantations that began in the 1840s. Unfortunately, the 1899 world coffee market crash forced plantation owners to lease the land to workers. Most of these workers were Japanese, who worked on leased parcels of five to 12 acres to produce high-quality crops. Since then, however, Japanese immigrants and mainland Americans have joined the ranks. Today, most Kona coffee is grown on small farms with an average area of five acres.

Growing coffee in Kona is relatively slow, taking about 50 to 60 days in warm conditions. Conversely, it may take as long as 90 days in cooler climates. Fortunately, temperatures in Kona are typically between 70 and 80 degrees Fahrenheit. After a year, coffee seedlings will be about 1.5 to two feet tall. Young coffee plants must be protected from excessive sunlight and high humidity.

The cherry of the Kona coffee tree is harvested during September and December. Coffee trees are hand-picked several times during the growing season. During this period, coffee trees are typically covered in fragrant white flowers, referred to as Kona snow. After harvest, the cherries are dried on a hoshidana rack for seven days. The parchment covers the beans and keeps their flavor intact.

It must grow at higher altitudes

To be genuinely delicious, Kona coffee must grow at a higher altitude than any other coffee on the planet. But there are several reasons for the high price of Kona coffee. The volcanic soil in the Kona region is highly fertile, and farmers do not use chemicals for fertilizer. They are also conscious of the effect of chemicals on the coffee varieties. Though Kona coffee costs a premium, it’s well worth the price. Some consumers have even dubbed it the champagne of coffees.

While coffee is grown at any latitude, 2,000 feet is the highest altitude where Kona coffee can grow commercially. But that doesn’t mean that the larger the size, the better the quality of the coffee. The size of the plant plays a dual role in coffee production: it is a buffer against precipitation and temperature fluctuations. High elevations allow the coffee to mature slowly and yield a more complex bean.

The climate is also a factor in the taste of Kona coffee. Since the Kona region receives 60 inches of rain each year, it’s significantly wetter than the coastal regions. The cooler, rainier climate provides ample shade for the coffee trees, which keeps them cool and protected from the sun. The higher the altitude, the slower the cherries mature and produce a coffee with a richer flavor.

A higher altitude is necessary to maximize yield and flavor. Typically, coffee beans grown in low-altitude regions mature slowly and taste bitter. The Kona growing region is unique because its volcanic soil is rich in nutrients and fast-absorbing. In addition, the island’s volcanic soil is naturally fertile, allowing coffee plants to flourish. If the altitude of the growing area is too high for coffee crops, they will not mature properly and therefore are not suitable for farming.

It is picked by hand

The process of picking Kona coffee involves several steps. The coffee cherry is harvested by hand in the Kona district of Hawaii. Farmers perform strip picking or picking the cherry with one motion, and selective picking requires more labor and time but yields a higher quality result. After the cherry is harvested, it is processed into the finest coffee beans. Once picked, it is dried and hulled before it is ready for sale.

After being planted, the cherries ripen in August. They continue to mature until February. However, they must be picked at the right stage of ripeness to prevent any unpleasant aromas or flavors. Insufficiently ripe cherries can be bitter and produce a cup that is neither sweet nor strong. A skilled picker will know precisely when to harvest the cherries to ensure the highest quality coffee.

It is roasted light

While light-roasted Kona coffee is a good option if you are looking for something subtle, a dark-roasted one is a better choice if you want a more intense flavor. This kind of coffee is roasted dark and retains the beans’ natural flavors. It contains hints of cinnamon, lavender, and brown sugar. However, it can also be bitter and more acidic than other coffees.

The flavor of a Kona coffee depends on the roasting process and the freshness of the coffee beans. Light-roasted Kona coffee will have hints of brown sugar, honey, milk chocolate, or a bright fruit flavor. The taste of Kona coffee is described as clean and bright, with a lingering aftertaste. Its aroma is often described as caramel, butter, cocoa, and fruit.

Because of the cellular structure of this coffee, it requires a different roasting process than other varieties. Because Kona is grown in a particular region, the process is unique and complex. The Hawaii Department of Agriculture grades each batch of Kona beans, making it highly desirable. It isn’t easy to find this coffee outside of Hawaii, but it is definitely worth the price. The flavor and aroma are unmatched by any other coffee.

It has a unique flavor

If you are interested in learning more about the history of Kona Coffee, you’ve come to the right place. It’s not widely known that coffee was first introduced to Hawaii in 1817, and initial planting attempts were unsuccessful. However, in 1823, Hawaiian King Kamehameha II traveled to Britain to visit family, and on his return trip, Chief Boki picked up coffee plants from Brazil. While they weren’t native to Hawaii, they remained very successful.

Today, Kona Coffee is valued worldwide, and its volcanic soil and high elevation provide ideal conditions for growing. The clouds hung above the Kona Mountains offer protection against harsh weather conditions. This gives Kona Coffee its distinctive flavor. But even though the Kona mountain beans can vary from grower to grower, their flavor profile remains consistent. A Kona coffee roastmaster’s skill and roast level can produce various flavors in their coffee.

While many large coffee producers purchase Kona Coffee cherries from roadside stands, they do not sun-dry them. Instead, farmers who care about their product’s quality and reputation do this. Sun-dried beans produce a more complex flavor, with a medium body and subtle wine-like notes. This coffee also has a higher price than other types. So, be sure to look for a farmer who produces their coffee themselves and try to buy Kona coffee from a local source.

As with any coffee, it is best to brew Kona coffee using the best method. French Presses, which have been around since 1859, require grinding the beans before brewing. Pour Overs, a more modern approach, involves passing hot water through ground Kona beans. Filter paper collects the lands that fall along the way. Another popular method is using an espresso machine.

To get the perfect cup of Hawaiian coffee, you’ll want to source your beans from volcanic locations. A brand such as Volcanica Coffee sources its beans exclusively from these locations,…

If you’re wondering what the best brand of Kona coffee is, you should read customer reviews to see which brands have the best taste and quality. These reviews come from…